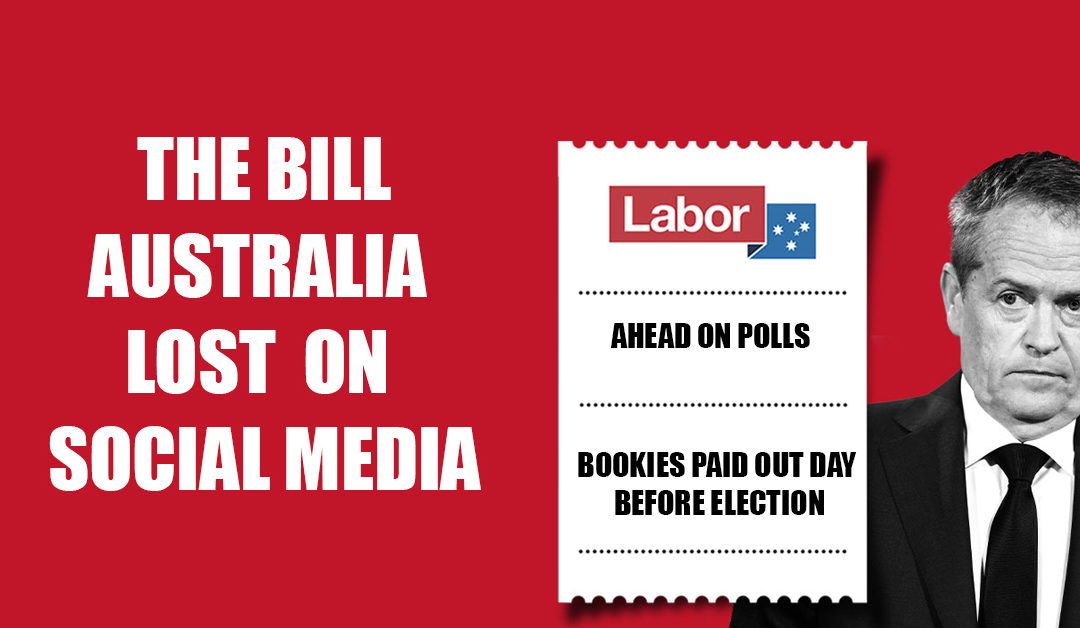 Let me preface this by firstly saying that we’re not about writing this with the intention of swaying anybody’s political views. The intention behind this article is to articulate from our perspective how the Australian 2019 Election was won and lost. Fundamental marketing flaws in the Labor Party’s social media campaign and the messaging used in various mediums of advertising coupled with the effective and precise execution of the Liberal Party’s social media campaign.

For 3 consecutive years the polls have consistently shown that Labor is likely to win, bookies around the country even paid out BEFORE the election, it was a sure thing that Labor was going to win…. until they lost. In fairness, it wasn’t Bill Shorten’s fault alone, his marketing team that let him down. Zooming out and considering the main message from both parties that stood out to us the most;

Labor – ‘Avoid the chaos’ and ‘Time for change’

An ambiguous statement about chaos that the vast majority of the public don’t relate to, don’t care about or are not affected enough by for them to be emotionally aroused. The ‘its time for change’ line doesn’t carry enough weight, it hasn’t described why, how or what should be changed. Overall, there is little for people to relate to. It’s hasn’t been made personal and is difficult to relate to as not everybody follows politics so closely.

Liberal – Create more jobs and return the budget to surplus

Economists have picked the budget apart and yet Liberals have stuck to their guns and refused to take a backward step in relation to their budget forecast, showing surplus well into the future and is predicated on factors that may not materialise.

Over the entire campaign, Liberals adopted an underdog mindset, picking apart Labor’s ideas and clearly on the offensive. Labor attempted to attack the Liberals with the ‘chaos’ memes, unsuccessfully. Look at some of these examples that were littered across social media by the liberals. Clear, well thought of pieces of content that are easily read and digested, even demands a user to stop scrolling past it as they appear in their news feed. 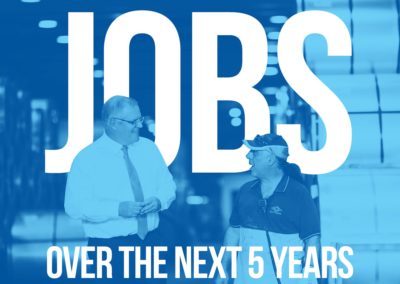 JOBS. A word that can’t be scrolled past 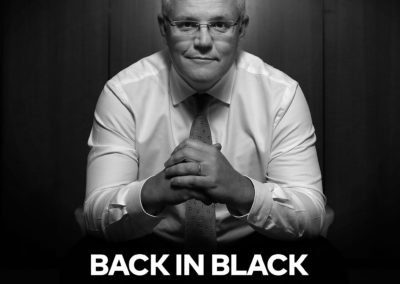 A high resolution image of Scott Morrison in black and white image talking about returning the budget to surplus. 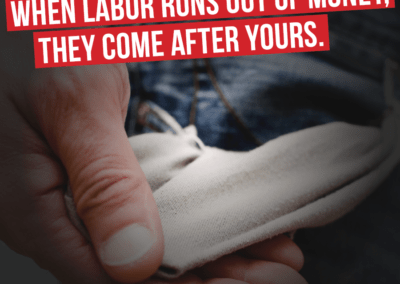 An attack on Labor’s proposed spending that appeals to voter’s sense of fear. 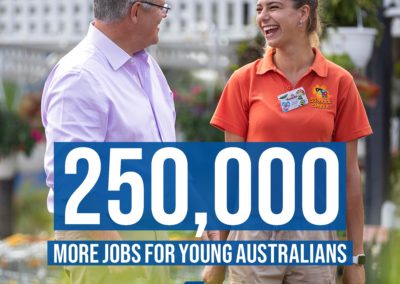 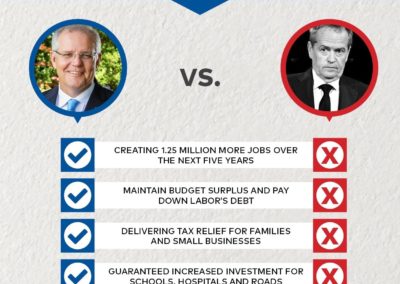 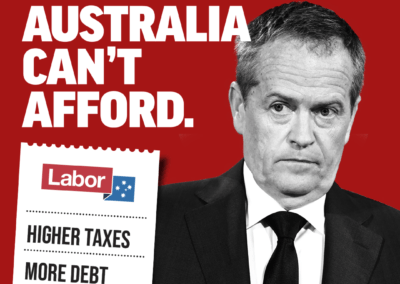 A brilliant play on Bill’s name that is memorable, punchy and humorous. 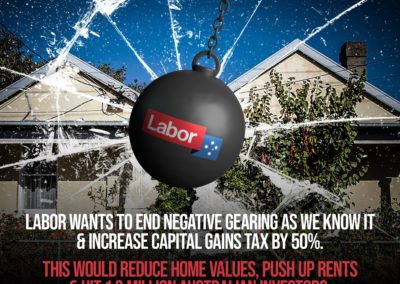 It is important to understand each image / message and not only why it was significant, but how it was used in social media to target specific audiences. For example, the image that talks about capital gains and rental increases could have been targeted to people that Facebook have profiled as;

The creation of jobs could have been delivered to; 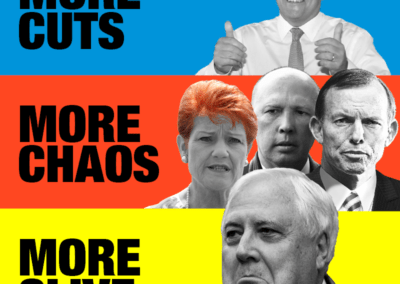 Humorous but again doesn’t mean much. 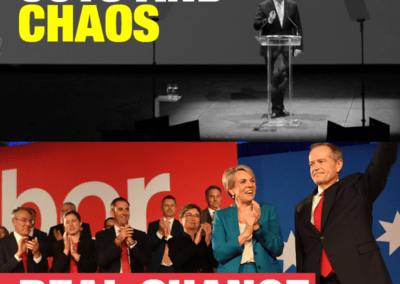 Again, the majority of mainstream voters may not understand the ‘chaos’ you refer to in the Liberal camp 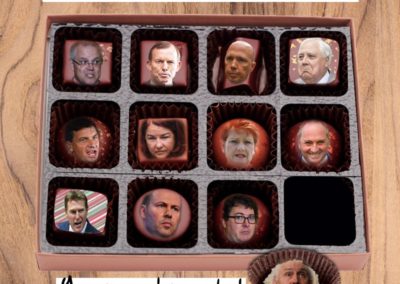 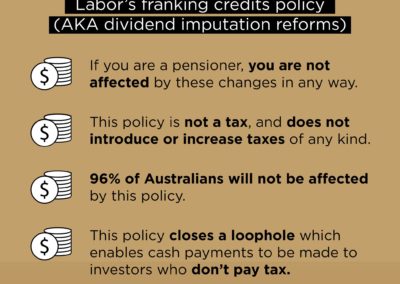 If this was in the news feed, despite it being factually correct (or otherwise) I’d scroll straight past it. Break it up into 4 seperate posts with a DON’T BELIEVE THE FEAR CAMPAIGN as a tagline 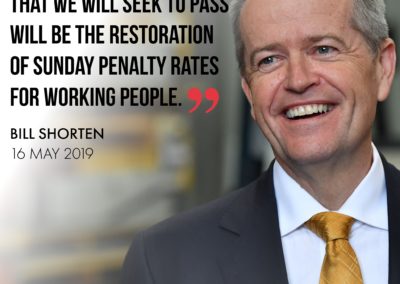 A long quote. If you’re going to have a long quote, make the words PENALTY RATES or WORKING PEOPLE stand out, let it scream to those that are scrolling through 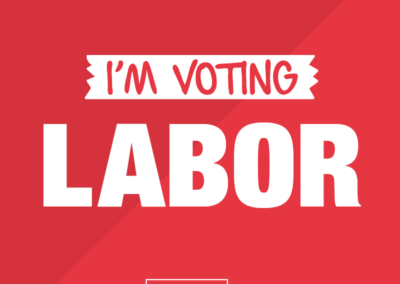 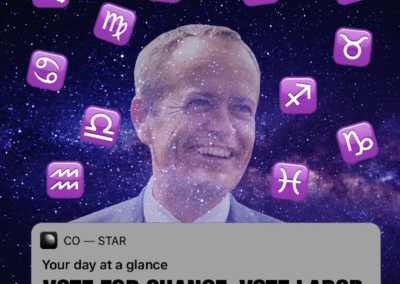 Not only are the designs of these posts flawed and some of the messages vague but they are difficult to target people on facebook. Sure, you can target liberal supporters, you can target those that are interested in politics, but an election campaign should target all voters and be much more widespread.

Between the 3 biggest spending political parties, over $150M was spent on campaigning. There are tried and proven methods including door knocking, letterbox distribution, billboards, corflutes, attending functions and supporting local events / clubs but digital warfare is playing an even bigger part of people’s lives than ever before and instead of flooding it with ‘make Australia great again’ campaigns that annoy voters, it is imperative that political parties use social media tools as an effective means of communicating relatable messages that talk to specific groups rather than general spray and pray approach.

There were some local offices that nailed their marketing campaigns, Here are some of our favourites.

Check this shot, fired straight between the eyes of the Liberals. Without Ambiguity. How do you think Koreans living within the constituency of Bruce would feel? Julian Hill get’s our favorite spot for this unapologetic post. 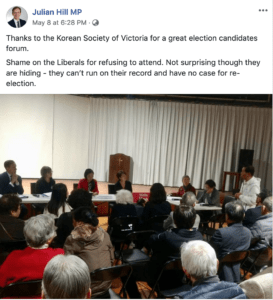 If you’re a parent of a student that attend’s Raceview State School, without any other major factors at play, Shayne has your vote. A clear, concise message with a well defined audience. 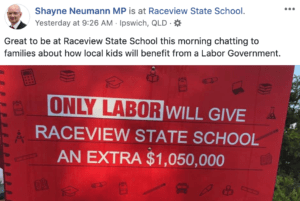 By no means are we saying that we’ve reviewed every piece of content released by candidates or MP’s but from what we’ve seen, Phillip Thompson’s office absolutely nailed the digital campaign. A significant amount of video content that was clear and easy to understand, championing his local community. Congratulations Phillip!

Well played Liberals, give your marketing team a pat on the back, a fat cheque for defying the odds and enjoy the victory, it is well deserved. Well played.